Zinsco Breakers Over the Years

Zinsco was one of the early names in the circuit breaker industry. It all began in 1891 when Frank Adam Electric began manufacturing electrical panels and circuit breakers in their St. Louis, Missouri plant. In 1928, sales rep Emile Zinsmeyer introduced their product line to the west coast operating out of Los Angeles.

Zinsmeyer eventually purchased the west coast distribution under the Zinsmeyer Company name, which continued to operate until 1943 when he sold the business to his son Martin. Martin renamed the company Zinsco Electric Company and began redesigning and patenting their signature "Magnatrip" designs.

Zinsco was purchased by GTE-Sylvania in 1973. They kept the product the same but relabeled it, dropping the "Magnatrip" label. The line name changed again in 1978, and Zinsco designs became part of the Challenger line. GTE-Sylvania sold all electric distribution product lines and manufacturing plants in 1981. The new owner, Challenger Electrical Equipment Corporation, ceased all Zinsco production except for a re-branded circuit breaker line. They sold to Thomas & Betts (T&B) in 1994, who continued selling the re-branded line until 2005, at which point they destroyed all molds for their Zinsco line. It was at that point the Zinsco line as we all knew it, was dead.

But that wasn't the end for Zinsco.

Old And Refurbished Are No Longer Your Only Option

The demand for old, refurbished, and old but never used Zinsco products and parts was evident immediately following the death of the brand. Breakers could still be found but the market was competitive, and the prices were high (Bay Power still carries a huge inventory of reconditioned Zinsco breakers). This is why in late 2005, Zinsco-style breakers began being manufactured under the Connecticut Electric brand, known as the UBIZ series of breakers.

This is not a new line of products, but a modern and compliant replacement for the original Zinsco panels to meet current safety specs. Their line of replacement breakers is designed specifically to fit the old Zinsco and the later Zinsco-style GTE/Sylvania panels. We still have some old and refurbished options here at Bay Power, but we also sell the Connecticut Electric UBIZ breakers.

Why Zinsco Remained In Demand

Even with their many re-brands, Zinsco maintained a strong following. They have always been a nationwide brand, but they were most prominent as the go-to breakers of choice as California and the west coast began to thrive. In 1963 they produced the R-38 twin breaker which was revolutionary because it made contact on both bus-bars for 240 volts in a single breaker. This advancement is why they thrived and grew in popularity through in the 60s and 70s. However, there were some serious design flaws and safety concerns.

One of the many reasons Zinsco was discontinued was because their old design fell short of modern safety standards. While they look the same, the re-branded product line from Connecticut Electric UBIZ these safety concerns have been eliminated. This has many bidding goodbye to refurbished replacement parts and upgrading to the newer generation. Here are just a few reasons to upgrade your old Zinsco part:

Failure To Trip — even in their prime, both the Zinsco and Zinsco-Sylvania breakers would fail to trip. This can lead to an electrical arc explosion that blows out the side external casing which is a tremendous fire and safety hazard.

Failure To Drop Power — when the need arises to turn off a Zinsco breaker, you cannot rest assured that the current will cease. There have been many situations in which the breaker has been switched off, but the internal breaker is still conducting. This is another safety hazard, and one of the many reasons why a licensed electrician familiar with Zinsco is required.

With so many re-brands it takes an expert to identify authentic Zinsco breakers. If you want to upgrade but aren't sure if your existing breakers are Zinsco these tips will help.

They're unique custom build, thick design, and deep-slotted connector openings that press over the bus bar makes Zinscos of every generation and re-brand easy to identify, but you may need to pop them out for inspection.

Bay Power Is Here For All Your Electrical Needs
Whether you are in the market for new, used, or obsolete electrical parts Bay Power has you covered. From circuit breakers to motor controls, switchgear, and everything you need to power your home or business. It's ok if you have questions as we work with electricians and consumers delivering end-to-end solutions. Ensuring you get it right is our mission. Reach out today to get started!

How to Choose Circuit Breaker Sizes for Any Application 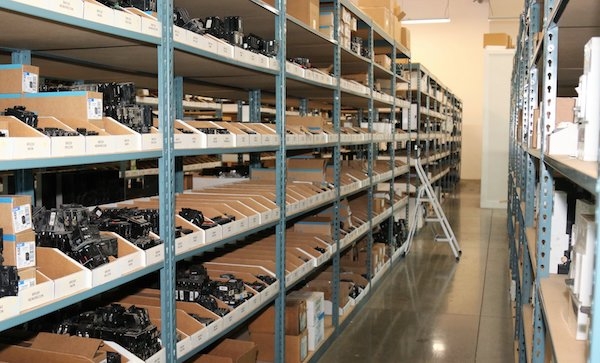 5 Questions to Ask Before You Buy a Circuit Breaker 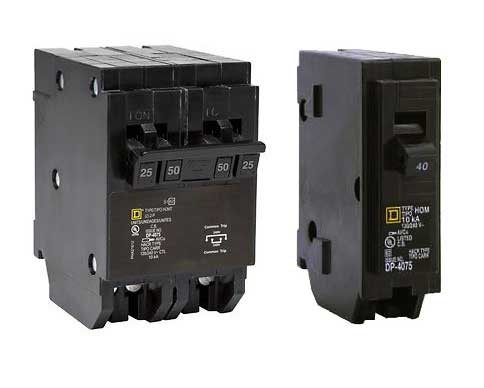